Jimmy Nguyen, founding president of Bitcoin Association, the global industry organization advancing the adoption of the BSV blockchain, has announced that it is partnering with the Saudi Digital Academy and the Ministry of Communications and Information Technology to launch a full-scale BSV Blockchain Academy in Riyadh, Saudi Arabia.

“We will also be signing a memorandum of understanding with the Saudi Digital Academy and the Ministry of Communications and Information Technology to launch a full-scale BSV Blockchain Academy based here in Riyadh,” Nguyen said.

The announcement was made after Nguyen delivered a keynote presentation during LEAP 2022, where he eloquently explained in front of a packed audience at the main stage how the BSV blockchain can build a better world for everyone.

The largest debut tech event in the world was held on February 1 to 3 at the Riyadh Front Exhibition and Conference Centre. 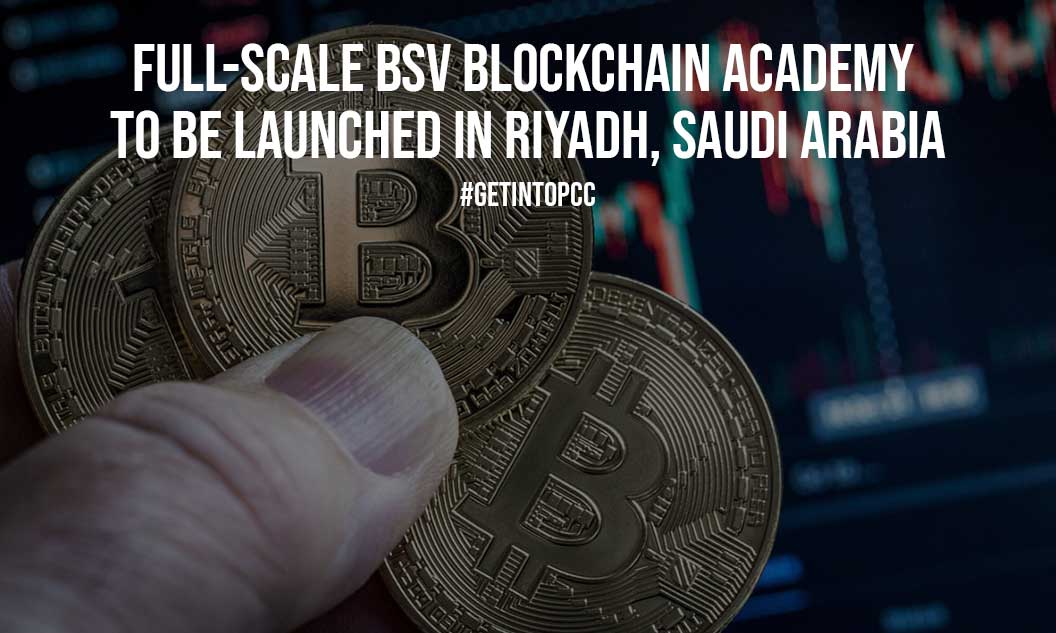 Signing the memorandum of understanding that will launch the BSV Blockchain Academy in Saudi Arabia is but one of the testaments of the powerful capabilities of the BSV blockchain that make it sustainable and ripe for global adoption.

A stable foundation. Digital currencies are built on blockchain technology, a timestamped digital ledger; and Bitcoin is its first-ever functional implementation.

BSV has restored the original Bitcoin protocol and has fixed it in order to provide a rock-solid foundation for developers to build any kind of application and platform that can benefit businesses from across all industries.

Also Read: How to Create Your Own Trading Bot Using Trality?

Evidence of this is the growing community of BSV users that utilize one of the hundreds of apps built on its blockchain. Why does the protocol have to be fixed? Other blockchains that oftentimes make changes to their protocol in order to update it or perform whatever upgrade is needed to make apps and platforms built on them continually adjust to the changes.

This means downtime and system updates that disrupt business operations. On top of inconveniencing users, they also translate to loss of revenue.

Having a fixed protocol limits all these as changes in protocol to the bare minimum, and developers are assured can focus on building better apps, much like how the stable Internet Protocol (IP) has allowed developers to create and improve innumerable platforms.

Limitless scaling. Even with a stable protocol, if a blockchain does not scale to be able to accommodate big data needs, it will not ever be ready for global adoption.

This is why BSV has made it a priority to unlock limitless scaling, which it already did once the original Bitcoin protocol has been restored.

“The BSV blockchain has a simple thesis: We are a public blockchain, not a commissioned ledger or private database, and we are massively scaling to be the world’s most efficient data network, not just for digital payments but all forms of data applications,” Nguyen explained during his keynote presentation at LEAP 2022.

Limitless scaling means that there is no theoretical ceiling to data blocks, which then allows for throughput to be simultaneously increased. Currently, BSV miners are preparing to increase block size hard caps to 4GB and millions of transactions are already being processed daily, up to 50,000 tps. Compare these figures to BTC, which only has 1MB block at seven tps, and the gap is obvious.

Cost-efficiency. As block size and throughput are scaled, transaction fees become even lower.

Currently, at minute fractions of a penny per transaction, this makes BSV not only a highly efficient blockchain that can handle massive amounts of data with little to no latency—in contrast to, for instance, ETH’s failed transactions and surge in fees during the Stoner Cats NFT sale—but a practical solution for many developers and businesses.

Also Read: 3 Tools to Get You Started with Decentralized Finance (DeFi)

“You cannot plan a mass scale blockchain application for a company, a country, or the world if you don’t know whether the transaction is going to cost on any given day $3 or $70. On BSV, the median transaction fee is 1/25th to 1/100th of a US cent—almost free… That means you can create a blockchain network for all sorts of data, not just a payment transaction, on the blockchain,” Nguyen pointed out.

This is the real power of a stable and scalable blockchain. It can more than accommodate the growing amount of data being generated by everyone on a daily basis.

It is well-equipped to handle a high volume of transactions, and the numbers will only continue to increase as the network scales while lowering fees to a bare minimum. This is why entire countries are placing their trust in the BSV blockchain.

“Using time, blockchain organizes the world with a new way to record payments and data. For a long time, blockchain’s power has been restricted by those who believed it could not scale. It is time to create a more advanced Saudi Arabia and a better world with the BSV blockchain,” Nguyen said.