Who doesn’t love tips and tricks to progress well in video games? Especially if you are playing a multiplayer game, you would definitely want to know about some tricks to gain an edge over the rest.

Sea of Thieves is one of those games where you can freely interact with other players and build up your own role. Essentially, this calls for the knowledge of as many tricks as possible. In the process, you would be able to outsmart your opponents. 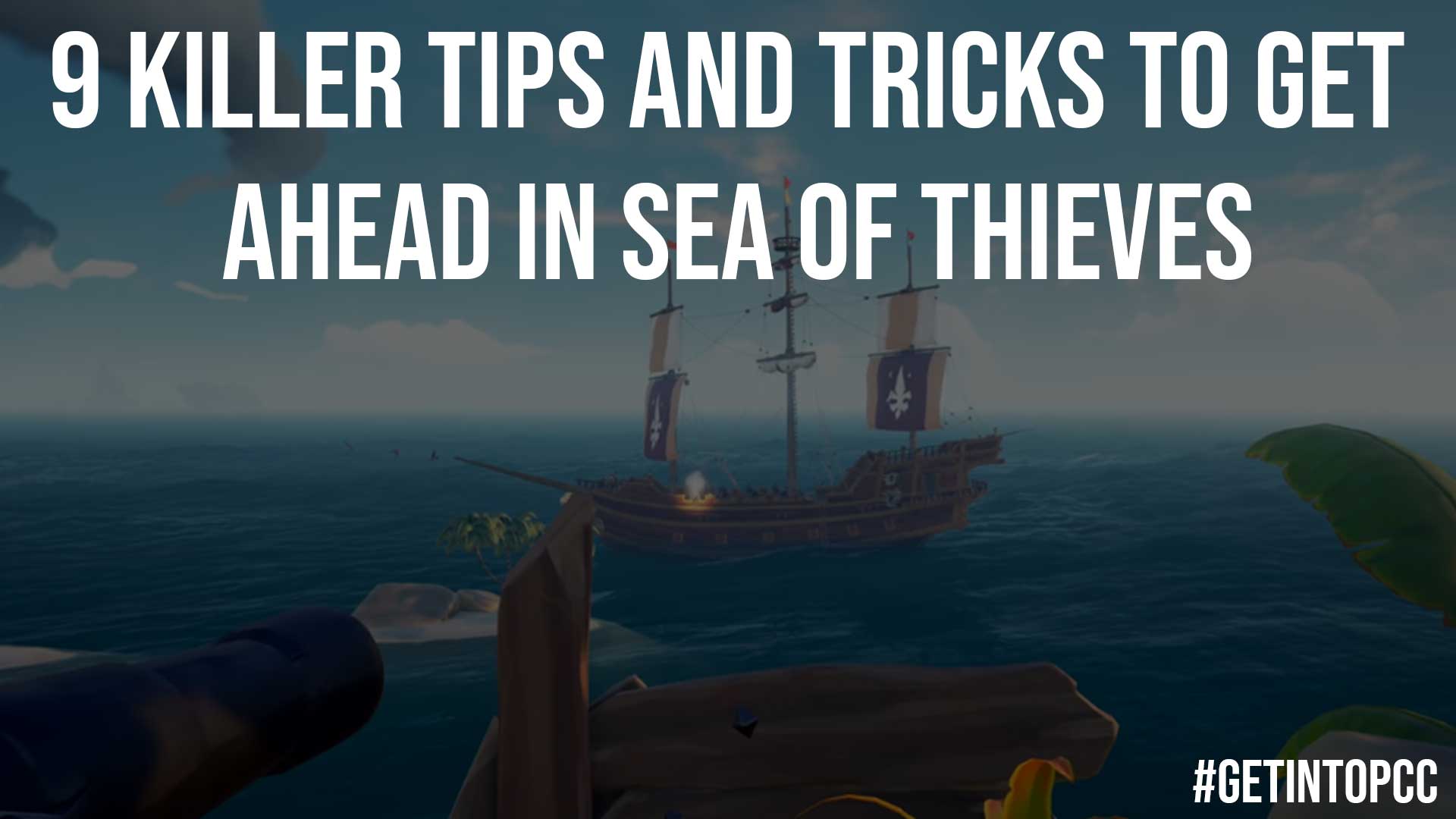 Here are nine of the Sea of Thieves cheats to help you win like a pro.

1. Do not hoard your loot

Whenever you find any valuable loot, keep in mind that this is a pirate game, and there are plenty of people trying to plunder or steal it from you. Although it is tempting and convenient to keep collecting loots until your ship is full, don’t go for it.

Leaving the loot on your ship would invite others to attack you and steal your treasure. Moreover, if things go south and your ship sinks, you will end up losing all your loot. It is much wiser to head over to an outpost and sell the loot to the gold hoarder’s shopkeeper and continue on your voyage.

Just as mentioned above, you need to be careful after you loot something. Of course, if you follow the advice and sell off your loot as soon as possible, it wouldn’t be in your possession for too long. Even so, you would have to hide your loot wisely while it is on your ship.

Some of the good hiding places in your ship are the crow’s nest, the captain’s balcony, and the sail cross beams. Avoid hiding your loot at the bottom of your ship, as any sneaky enemy trying to sabotage your ship would head there.

3. Use the voice chat

There is a point why Sea of Thieves comes with a voice chat option. The game comes with various realistic features, and voice chat is one of them. You would need it for proper coordination and communication with your crewmates to complete the voyages and to simply navigate your ship.

You would enjoy better coordination if everyone in your crew can speak to communicate. However, if it is not possible, try to have at least one speaker.

4. Be careful of eavesdroppers

While voice chat is an effective way to communicate, you also need to watch out for eavesdroppers. The voice chat feature is proximity-based, which means that anyone who is close by can hear what you say. If you suspect someone trying to eavesdrop, do not discuss any tactics.

However, you may also use this to your advantage by eavesdropping on the crew of a target ship after sneaking on board. This may give you valuable information on their plans and any treasure they might be carrying.

5. Don’t make your ship a beacon

Lanterns might look good on your ship; they only attract the attention of others. The moonlight is adequate for navigation, which means that you do not actually need the lantern while sailing at night. Turning off the ship’s lantern would help you hide better in the darkness. There is no point in putting a decorative light on to signal your location to enemies.

6. Don’t let the spyglass give you away

During the day, be careful with your spyglass. Remember, the game involves the realistic feature of sunlight shining off glass or other shiny surfaces. The crew of a ship you are trying to spy on may easily spot you if your spyglass flashes under the sunlight.

7. Shoot yourself with the cannons

No, you are not being asked to kill yourself. If you ever need to get to the land in a hurry, simply load yourself into a cannon not loaded with cannonballs already and get a crewmate to fire it. You may also use the same tactic to shoot yourself or a crewmate onto an enemy ship to sabotage it. While chasing a ship, you may board it this way and make it drop anchor.

8. Getting your shots right

When it comes to fighting, a few simple tactics can give you the edge you need. Load your cannons before starting a battle and keep spare cannonballs ready for quick reloading. Try to hit the target ship near the bottom, such that water can leak in through the hole. Coordinate with your crewmates to create multiple holes to force the enemies to spread out on fixing those.

Your treasure will remain afloat for a little time, in case your ship sinks. The same applies to the enemy ships too. Grab the opportunity to salvage what you can.

These Sea of Thieves tips should help you get quite a good edge over your potential enemies. Over time, you would learn more tricks. With practice, you would be more competent at this amazing multiplayer game.