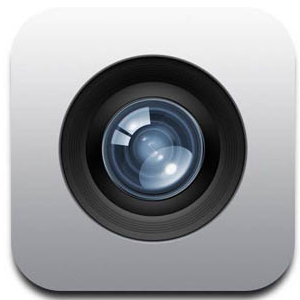 I always make sure I have my Android with me. I am an avid cyclist and even when I take my normal route I am amazed at the variety of sights that I am able to capture with a camera app. I have seen wildlife and automobile accidents as well as a fox that was running parallel to me from roughly twenty feet away.

What an incredible experience it was! I am sure glad that I was able to catch every moment of these events with my smartphone app. One thing i began to notice was the quality of photos and videos I was taking. The shots were blurry and the videos were shaky. I decided that the factory camera app on my device was not going to cut it. Where so I start? Which apps will work the best?

There are many different camera apps for Android smartphones besides the app that is factory installed. Each of these apps will provide different features and functions that may be different from the factory app. You will also notice that some apps operate differently than what you are used to. Many of these camera apps will work differently depending on which model smartphone you have. In other words, some of the modes and functions may not work properly or they may not work at all. Also be sure that your smartphone software is up to date. Otherwise, the app may not function properly. Keep in mind that some apps cost money while others are free. Before shelling out your hard earned cash on an unknown app, it is a good idea to download a demo version of the app prior to purchase. Listed below are several camera apps that I have used on my Android smartphone.

When is comes to recording on your phone’s factory camera, it may get the job done but quality and features are limited. It is always a good idea to learn all of the functions of your original software as it does come in handy when taking selfies and quick video clips. However, if you are looking for better video quality and an incredible array of custom features, you need to look elsewhere.

Do you suffer from shaky hand syndrome when it comes to your videos and photos? The camera Zoom FX Premium has a feature called “Stable Shot” that will wait until the camera is completely focused before snapping the shot. Also, if you are worried about getting the best shot possible, this app has a feature that can do that too! It is called “Best Shot” and it will snap several pictures rapidly, also known as shuttering, and pick the best one for you.

This is quite possibly the closest thing to a real camera you can get in app form. The FV-5 incorporates familiar icons for features such as exposure compensation. Some of my favorite extras on this app are the long exposure mode and intervalometer.

While this app does not necessarily help with taking the actual photo or video, it has amazing editing features that will turn your pictures into masterpieces. VSCO is also a fantastic way to turn your average bike ride into an epic action film. If you are looking to backup your photos and videos, you can do so for $20 on the VSCO app. This app will pretty much beat any other when it comes to editing. However, Lightroom CC Mobile has a bit more capability.

This app is a great choice but only works to its fullest potential if your are an Adobe Cloud or Lightroom user. Lightroom has the ability to capture even the smallest details and shadows in each photo. This is the only app aside from Adobe that is powerful enough to edit files in such great detail. One downside to Lightroom CC Mobile is that is takes a bit longer to take a photo and is extremely sensitive to motion either in the shot or in the camera itself.

This is one of those apps that you will want to try before you buy. Open Camera offers a variety of off-the-wall features such as being able to use your voice to capture a photo. While this app claims that it allows its users to be in complete control, there is evidence that it may not work at all. The company that creates Open Camera work off of donations and does not have the resources to test the app on every smartphone.

This is quite possibly one of my favorite camera apps. It is simple and offers an insane amount of features. The name pretty much says it all. A better Camera is as simple as using the original camera app on your phone but includes several modes that you can customize to your liking. A Better Camera was my favorite app to use but its technology seemed to fall behind other apps over time.

This is as close to a stock camera as is gets. However, the Huawei Camera includes a wide array of features and incorporates enhanced processing for better quality. This app unfortunately does not support RAW which I was particularly disheartened about. A significant benefit is that the app is updated frequently and often includes new goodies to play with.

It is hard to determine which app is the best overall. It really depends on which device you are using and what you plan on using the app for. They all include their own qualities as well as their own negatives. The only way you are going to find one that works for you is to try them out. It is a good idea to try several as they all provide a little something different. Some will be easier to use while others are drastically more complicated. The factory camera app is a great reference point but if you want better editing options or greater picture quality you will need to try an aftermarket app.

How To Play GameCube Games On A PC