How To Change Web Hosting Without Affecting SEO? 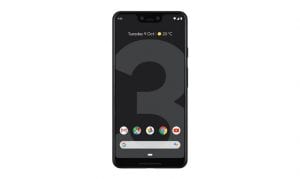 Google recently launched it’s third attempt to compete with the premium smartphones. With its Pixel 3, Google has taken a step towards a better integration between the hardware and a smarter software. Starting at INR 71,000, let’s take a look at what Google Pixel 3 has in store for us. Choose your Google Pixel 3 with unbelievable Amazon Promo Code to get right prices of your buy today.

The design of Pixel 3 is more modern than Pixel 2. With the dimensions of 18.5:9, it has an aluminum body with a matt finish, 5.5 inch screen, glass rear with a frosted look, gorilla glass for front and back, 7.9mm thickness, front firing speakers and flexible OLED panels. Three colors are there in this model – pink, black and white. It has a single Nano Sims tray in the bottom and also supports electronic eSim. The bottom has a USB port – Type C. Pixel 3 won’t have any headphone socket, so you will have to use Type C headphones or dongle.

Accessories provided along are – one charger, manuals and stickers, one Type C to Type C cable, a Type C to 3.5mm dongle, SIM eject tool, Pixel USB-C ear buds and a switch adapter.

Pixel 3 by Google is powered by Qualcomm Snapdragon 845 SoC, which is the best till now. They have added two custom processors to take off load from the main CPU, a Pixel Visual Core chip for HDR+ processing and a Titan M security chip to make your data more secure. With non-expandable storage of either 64GB or 128GB, there is no variant with a storage of 256GB. There is a 4GB LPDDR4X RAM.

Android Pie will offer AI integration and machine learning, which makes it a smarter phone altogether. Pixel 3 will have Digital Wellbeing, which will tell you about how much time you spend on individual applications and an App Timer feature, to control addictions to certain apps. There will be a ‘Wind Down’ feature that will trigger do not disturb state and a ‘Flip to Shhh’ that will intimate DND as you will flip your phone over. Another latest feature this phone will provide is Gmail’s Smart Compose feature. Moreover, Pixel 3 will provide unlimited cloud storage till 31st of January, 2022.

The rear camera is similar to Pixel 2, that is, a 12.2-megapixel sensor with 1.4 micron pixel size, a dual-pixel autofocus with optical stabilization and a f/1.8 aperture lens. The front camera is a 8-megapixel wide-angle one, which is perfect for group selfies. They have optimized the camera app and all the shooting modes can be accesses with just a swipe, making it highly convenient. It will have an intuitive Google Lens, which will add contextual suggestions if the camera is pointed to URLs, QR codes, phone numbers and addresses. These suggestions can be turned off if they tend to annoy you. Top Shot feature has been added which is similar to live photos by iPhone. There are features like Photo booth, RAW shooting that enables you to save DNG files, Playmoji characters, HDR+ Enhanced, edge detection, Super Res Zoom for more detailed photography, Night Sight and electronic stabilization in video recording. You can also choose available next series of phone with Flipkart Coupon Code to have great deals available online.

Pixel 3 has a 2915mAh battery. A wireless charger, called Pixel Stand, will be available. Fast charging feature is available with both wired and wireless charging methods.

Apart from its increased security and modified camera and gesture features, one can prefer buying an OnePlus 6 or LG G7+ ThinQ or any other Snapdragon 845-based android smartphones at a much lower price than that of Pixel 3. The only trouble with this phone is its cost. Also, if you want a 128GB storage variant, the price gets increased by INR 9,000. Well, it’s still lesser than the prices apple mobiles have! Though google has been trying to follow Apple’s footsteps, it fails to provide stellar after-sales service as good as apple. People might tend to wait till prices get dropped in festive season!

5 Tips to Plan for Retirement