The 7 Best Movies to Watch on Netflix

The 7 Best Movies to Watch on Netflix 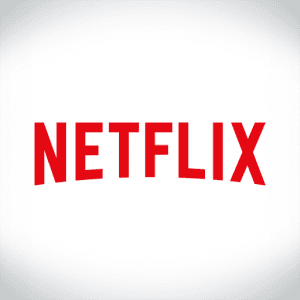 Thanks to Netflix, our weekend plans look more sorted than they have ever before. Netflix and chill always top our list of plans with friends or beau and we would protect our Netflix passwords with our life, right? Well, the present generation has found a way to get some free time, chill with friend or family, and still watch some really good cinema without having to buy separately.

Thankfully, along with the Netflix originals that we so love, it also has a spectrum of movies that could perhaps take us a lifetime to finish watching. Sure, you may not be able to watch all Netflix content on the go without a strong internet connection. However, if you’re looking to Download Netflix Movies, you can take a look at options like the Movavi Screen Recorder. With it, you can record all your Netflix movies to watch later, anytime you want – even on that next flight!

Best Movies to Watch on Netflix

Having said that, if you’re looking for the next film you want to watch with your friends on a relaxing Saturday night at home, we have got you covered.

Read on and add the listed movies to your list of must-watch movies on Netflix this month:

If you haven’t already come across this movie’s beautiful dialogues on Tumblr, you need to give it a watch to see how writer and director Spike Jonze has so beautifully come up with a love story of a divorced man, reeling from his fallen conjugal relationship, fall in love with his AI, Samantha (voiced by Scarlett Johansson). Samantha, even though only a voice and Theodore fall in love and what follows is a remarkable coming of age love story between a man and his AI.You Can Also Download Netflix Movies From Here.

A benchmark in the MCU franchise, Black Panther is the first film with a majority of black actors in its cast. To dismiss it as just a superhero movie would be taking away its ambitious, mature, and competent nature. With names such as Chadwick Boseman, Lupita Nyong’o and Michael B. Jordan, Black Panther brings to the fore one of MCU’s most emotionally complex villains of all time and a movie that needs to be watched to truly know how comics have transformed so wonderfully into visual tales so magnificent and moving.

Taking place in the U.K. Alfonso Cuaron’s 2006 masterpiece Children of Men was a follow-up of his Harry Potter: Prisoner of Azkaban. But, this is not present age U.K. In fact, it is 2017 when the world risks a collapse due to 18 years of infertility and U.K happens to be the haven for immigrants seeking shelter as it is the last functioning government in the world. The story is that of a pregnant immigrant and a cynic responsible for protecting the woman. Extremely moving performances and Cuaron’s genius make it a must-watch. 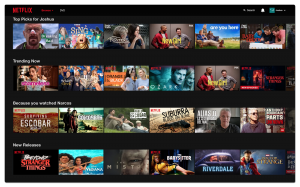 You can’t go wrong with a cast that has the names of Matt Damon, Robin Williams and Ben Affleck. The movie served as some sort of a trailer itself for all the critical love and acclaim that was to come its way. Matt Damon and Ben Affleck portrayed the differences between the Boston working class and academic with honesty and passion by the burgeoning genius of both Affleck and Damon. With Robin Williams as Damon’s therapist, the film definitely weighs in on true emotions and deserves all the popularity it achieved and more.

What do you do with your Netflix subscription when you’re in the mood for some old school high school drama to ponder on some nostalgia? You watch To All The Boys I’ve Loved Before and crush over the beauty that Noah Centineo is. The fresh faces coupled with the age-old, but much loved high school drama-cum-romance story are a winner-winner and deserves to be on your list.

A movie that has, over the years, been accepted by its audience, Scott Pilgrim Vs. The World chronicles the story of young  Scott and delivery girl Ramona who fall for each other. However, Scott must defeat all of Ramona’s evil seven exes in order to continue dating her. This video-game-like trope maintained throughout the movie gets better with repeated watches. The director Edgar Wright, however, doesn’t lose sight of the romantic story that is at the plot’s core. It is a fun watch!

This movie really puts David Fincher’s directorial genius on full display. With two detectives, played by Brad Pitt and Morgan Freeman hunting down a serial killer whose inspiration in killing lies in the Seven Deadly Sins, the movie doesn’t shy away from throwing light on the darkest aspects of humanity and what it is capable of.