A to Z of Line Scan Cameras

How To Change Web Hosting Without Affecting SEO

The A to Z of Line Scan Cameras 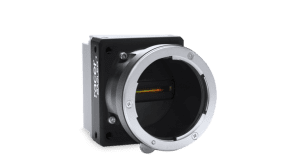 Technology has come quite a long way. From the days where our forefathers had to rely on unconventional methods of communication such as letters to an era that we pass information all over the world at the touch of a button and from the comfort of wherever that we might be. It has affected and revolutionized almost everything we do and when it comes to listing influential devices that this era has brought us, line scan cameras can never miss out on the list. To most people, line scan cameras come in handy during sports like the Olympics where they are used to determine the winner but there is more to these wonderful gadgets than that. Below is all you need to know about line cameras.

What are line scan cameras and how do they work?

The reason why most people are unaware of what line scan cameras are is that their use is mostly employed in the industrial sectors. As their name suggests, these devices are used in areas where materials that are moving continuously need to be inspected. That is why they are referred to as line because unlike area cameras, line cameras inspect things in the horizontal axis.

Unlike area cameras which usually employ the use of sensors with two-dimensional pixel arrays, these cameras usually make use of a single row of pixels that can only capture a single line of an image in a horizontal manner at a time. Usually, their resolutions diverge between 512 and 1288 pixels. However, the fact that it is endowed with numerous contrasting interfaces, sensors and also speeds makes it possible for the user to modify its settings and capture consecutive lines of an image which is more sensible and easy to comprehend once the data is required.

On the surface, this seems to be a pretty simple process, but there is more to it than meets the eye and the process beneath the surface is more complex. For instance, for them to capture quality images, line scan cameras require more light exposure as they have limited time during the process. Thus developers cannot go for just any light sources. Instead, they need to opt for specific high-intensity line light sources. Besides the light intensity, line scan cameras need to be well connected with other software in the PC for them to produce high quality and non-distorted images which will be of help to the user at the end of the day. For instance, once it captures an image, the pixels are often read into a horizontal register and the values are later stored and processed using the PC software for final readings. For this to be possible the line scan cameras should be well interconnected and working in harmony with all the other software connected to it.

Like any other field of technology, line scan cameras have proven to be an effective part of our day to day activities which is why developers continuously come up with major changes that make these devices even more effective. Some of the major developments in line scan technology include

In the past, line scan cameras could only operate in a single line, but today it is now possible for them to capture double or triple continuous images thanks to dual and trilinear sensors. Additionally, the sensors are offered in both monochrome and also other color configurations making it possible for the user to obtain high-quality grayscale or colored pictures. There are massive differences between all the three when it comes to width, pixel size and even color version. For instance, a single line scan camera might be available in 1k while a tri-linear one is available in 4k.

Manufacturers are continuously coming up with more innovative solutions to improve the capabilities of line scan cameras and make them more effective. Some of the other developments that they have come up with so far include:

Thanks to their convenience and ease of use, line scan cameras are used in a diverse range of areas. Below are some of the main areas where they are applied.

In the past, companies operating conveyor belts had to endure the pain of irregularities after every line of production as it is impossible for even a person with a sharp eye to keep track of objects that do not meet the required standards while they are on the belt. However, that is now a thing of the past as line scan cameras have made it possible for them to detect any irregularities by effectively measuring specific image heights and widths and ensuring that the production process does not have to be stopped midway.

Line scan cameras are also used to inspect molten objects in industries where things like glass and metals like steel plates are manufactured. They are highly efficient because such materials often lack a defined beginning or end hence making it impossible for them to be inspected in any other way hence making line scan cameras the only way to inspect them without causing damage to the final product.

It would be impossible for area scan cameras to inspect cylindrical objects as this would mean taking multiple images to capture the entire surface of the object and also the painstaking work of correcting the distortion caused by the curved surface at the end of the process. Fortunately, line scan cameras have made it easy for companies that deal with the production of cylindrical goods to inspect as it records the same optical position across the entire object thus generating one uniform image and making it possible to automatically eject the unwanted without interruption of the production process. This is commonly applied in the food and pharmaceutical industry.

The use of line scan cameras is also heavily employed in document and film scanning. For instance, most printer and photocopy machines use this technology. They are also used in the interpretation of QR and barcodes. While in the postal services they are used to ensure that postal letters and mail reach their recipients by interpreting the codes on the envelopes

There is no denying that line scan cameras have completely changed the way industries used to operate in the past resulting to convenience for both the manufacturer and the consumer. For instance, the manufacturer no longer has to stop the process to take out unwanted products while the consumer no longer needs to worry about receiving defective products.

Find the Best for Your Business