Is It True That Blockchain Has The Best Security?

What Are The Various Benefits Of Bitcoin Trading?

Are you looking for Best SMS bomber android app than the first preferred choice will be SMS Bomber App which is developed by Mr. Udit Karoke and it is one of the best ever SMS Bombing app whole over the internet that people generally used flood someone else phone number with random messages. But probably this app doesn’t work well anymore so a new App takes place called BOMBitUP and now at present this is the best app for SMS bombing. 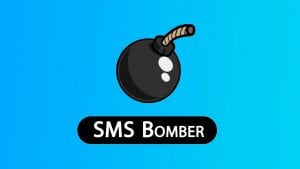 What is SMS Bomber?

We are going to talk about bombing. So, bombing basically means spamming. In case you spam or you send unlimited messages, SMS’s or it can be mails, it can be calls, etc. So all that stuff is considered as bombing. So on today’s article I’m gonna show you an awesome android app for bombing by which you can bomb or spam SMS actually unlimited SMS and calls. So the app is named as BombitUp Apk which is a free and most funny app on the internet but you’ll not get this app on play store so to download this app you can simply search on Google you’ll get it.

BombitUp application is a bulk SMS sender where you get a choice to enter the number of SMS’s that you want to spam. So this app allows you to spam SMS, spam calls but the best part of this app is it has a feature of protect list means which allows you to protect yourself from such bombing apps. So you can simply ad in the victim’s mobile number and the amount of SMS with delay once you have done that, you can click on bomb and which will automatically send unlimited OTPs to the victim’s mobile number.

Currently the call feature will not work properly on many devices because its API frequently dies and are hard to maintain but no worries they will also fix this soon. Along with spamming calls and SMS it also has the feature to spam through emails.

In the latest version of this app many new countries were added such as Pakistan, Philippines, Nepal, USA and UK before it was just available for India. Well it doesn’t harm the device it just sends SMS’s just like the traditional SMS services.

If you are thinking about that your connection is slow too slow means a kind of 2G than don’t worry it works totally fine in slow network also as you know in India now a day’s peoples are using Jio 4G but if you are a 2G holder than also this will work fine.

So if we talk about its security than it is totally safe app means while bombing your victim this app will not show any of your information such as name, number, operator, etc in other words victim will not able to know actually who is bombing him/her. But an IT professional can easily determine everything that they need to send you a legal notice.

This app also comes with low data consuming feature means wasting 1-2% of your internet packs you can spam him/her fully.

User interface is very good because ads are placed at a reasonable place no pop-ups, no redirects nothing like the web versions of other bombing services.

Supports’ multitasking means you can use other apps while bombing by minimizing the BombitUp app.

In you get bombed from anyone else so in India there is an service called DND if you don’t know it is an Do Not Disturb service so just simply start it to rescue your device from bombing just send an SMS Type – ‘START DND’ and send to 1909.