Is It True That Blockchain Has The Best Security?

What Are The Various Benefits Of Bitcoin Trading? 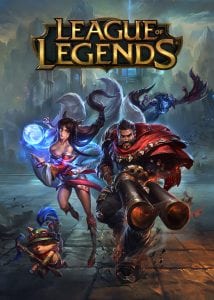 IP is short for Influence Points and is the currency of the game. It is used for everything from unlocking champions to buying runes. However, those who are just starting out on Summoner’s Rift may find earning IP tedious and near impossible. The good news is that there are several things that you can do to speed up the earning process. We have drafted this guide to help anyone who wants to earn IP fast. Though keep in mind that the fastest way to a lot of IP is to buy Aussy ELO League of Legends accounts.

What Are the Established Rules for Earning IP?

The rules are pretty simple; you need to win as many matchmaking games as you can. The more you win, the more IP you get. Though losing a match also gets you some IP but its only two-thirds as much as you would have gotten otherwise. The other thing that’s worth noting is that your IP jackpot continues to increase based on each minute that you spend in the game until the clock gets to 55:00 at which point it stops.

You will find that earning IP is best done by winning quickly than prolonging a match. However, Riot has set a cap to discourage this IP boosting. The cap requires that games last at least 8 minutes. Those who break this rule are penalized severely. More about IP caps can be found at support.riotgames.com.

One of the best ways to earn IP is to play co-op games against bots; it gives you an opportunity to level up as well as practice. However, these games tend to get boring. After playing a couple of hours each day things become repetitive and predictable at that point, you’ll want to play against opponents i.e., human players. Then there is also the fact that once you reach level 20, you shouldn’t be playing bot games because at this point and beyond you won’t earn any significant XP or IP, and you certainly won’t be improving. So, it only makes sense to play against humans.

A Few Other Details

Getting the First Win Of The Day Bonus

Those who are farming IP, they will get a “first win of the day” bonus of 150 IP, and this is the most important bonus. So, if you play each day at the same time, you can pick up this bonus without fail. Though you’ll have to win a game to get the IP.

Players who are desperately looking for IP can buy IP boosters using RP points. Go to Gameplay>Boosts and buy the IP boosts. These last for a few days or game wins whichever comes first. Though we wouldn’t recommend that you spend real hard cash on internet points. However, one reason for taking this route is to afford runes since these can only be bought with IP. So, it’s no mystery that the best runes can give you an edge in the game. Finally, If you haven’t yet verified your email address with Riot, doing so will net you a chance to win an IP bonus.